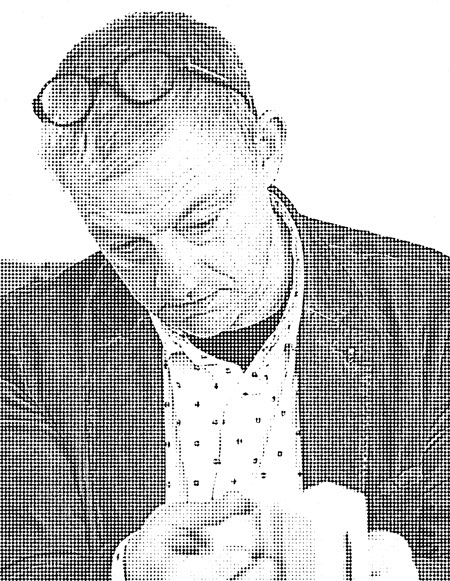 Since the 80s, André-Yves was in turn ArtDirector, graphic designer for advertising agencies and communication, and Creative Director for Communication Systems.

For nearly 30 years, as part of ... contraste [identity stimulator], he creates, for many companies and international organizations, brands, logos, signage, the guidelines, the websites, the brochures and books.

One owes him among other brands such as Barbãr and Hopus both of which have respectively won gold and bronze medals in their category at the last fair of the beer.

His motto is: "Effective communication is communication that incorporates the relevance of speech, as well as notions of aesthetics, sustainability and profitability!"

Moreover, in recent years, he has taught and lectured on the subject of digital art techniques and trends of current graphic arts.

End of October 2009, being representative of the UDB * at ICOGRADA ** and *** BEDA, he participated in the lecture series of Design-Week at Beijing.

Since 2010, he is the Belgian association ambassador at the BEDA and the ICOGRADA. International relations have allowed him to take part in the 2nd "Bienal iberico-amerciana design" in Madrid.

It was in the context of these events, the opportunity to confront the problematic of Belgian graphic with that of its foreign confreres.

In addition to its functions under ... contraste [identity stimulator], he was in charge of the design workshop "typo" graphic within the two formations "packaging" and "corporate identity" organized by Design Innovation.

At the last general meeting of the UDB, he was elected president.

In 2011, he participated in the first IDA design week in Taipei

Moreover since September 2011, he teaches "Typography and Art of the Book" in the classes of graphic design advertising, illustration and BDs at ESA St Luc Brussels.

More recently he intervenes in a series of conferences that awareness among SME owners the importance of using industrial process designers in their aims.